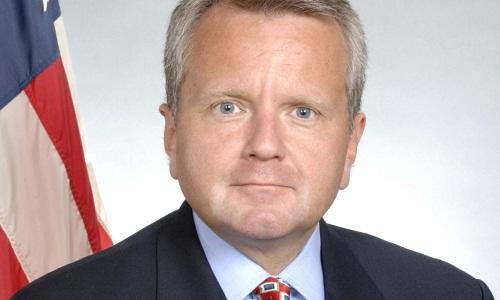 US ambassador John Sullivan left Russia on Monday for Washington to hold consultations after a recent escalation in tensions between the two countries.

Axar.az reports citing foreign media that Sullivan left his residence in Moscow, parking near Sheremetyevo International Airport and boarding a plane to London where he will transfer to another flight to Washington.

Russian Foreign Minister Sergey Lavrov said on April 16 that it would be recommended the US ambassador leave the country.

Moscow and Washington exchanged a new round of sanctions, both expelling 10 of the other's diplomats and blacklisting more officials.

Washington tightened economic sanctions against Russia, while Moscow toughened the rules of work for the US embassy and banned activities of state-funded US non-governmental organizations in Russia.