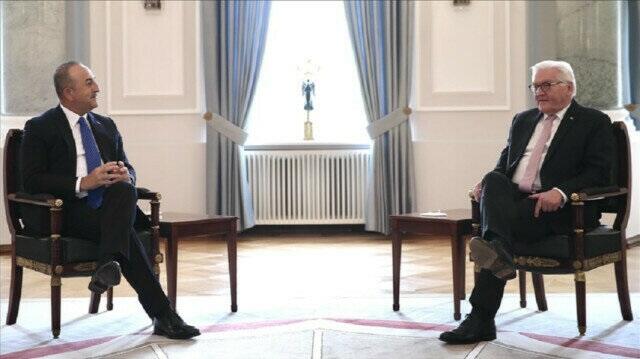 Turkey's foreign minister on Thursday was received by German President Frank-Walter Steinmeier during a working visit to Berlin.

"Together with my long-time friend, Federal President Frank-Walter Steinmeier, we talked about the future of our deeply rooted cooperation - and discussed the situation and achievements by Turkish society on the 60th anniversary of the migration agreement."