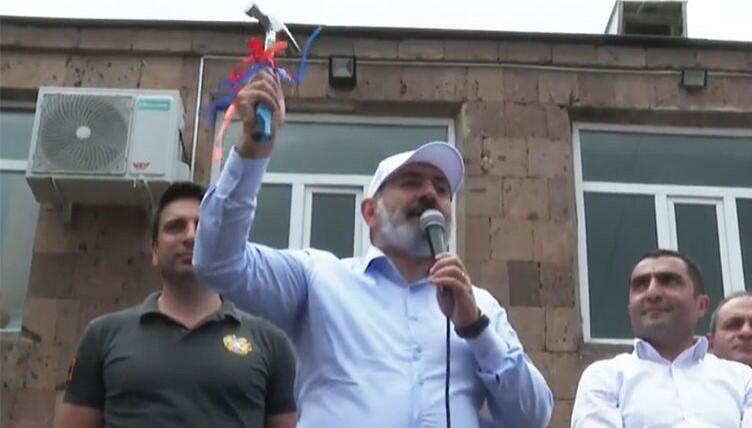 Axar.az reports that in a speech to his supporters, Sargsyan accused Pashinyan of provocation.

"This person (Nikol Pashinyan - ed.) Openly says that if I do not get 60 per cent of the vote, there will be a problem. He does whatever he wants. You see what he is holding in his hand,” Sargsyan said, pointing to Pashinyan's hammer.

According to Sargsyan, it is necessary to determine for whom this hammer is:

"We have seen everything - the defeat in the war, the death of thousands of young people. What's left? Only civil war. Let him show it too. "

It should be noted that the propaganda for the June 20 elections in Armenia is accompanied by confrontations, insults and serious accusations.