The Pope didn’t use 'genocide' term in his letter 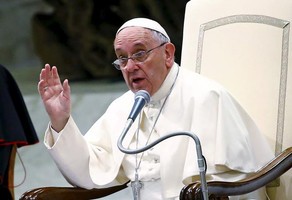 "Your history and the events that have occurred with your people, give birth to my grief for the tragedy, which experienced your forefathers." According to the Armenian media, the letter of Pope Francis on the eve of his visit to Armenia says.

In his message, referring to the events in the Ottoman Empire in 1915, the Pope did not use the term 'genocide'.

"Your story and the events that took place with your beloved people, give birth in me admiration and sorrow.

Admiration - because under the cross of Jesus and in your talented mind you have found strength again to stand on your feet, even after the most terrible torment, which is only known to the mankind history. Grief - for the tragedy, which had experienced your forefathers", the letter says.

Notably, Pope Francis will visit Armenia on June 24-26. His visit to Azerbaijan and Georgia is scheduled for late September - early October.