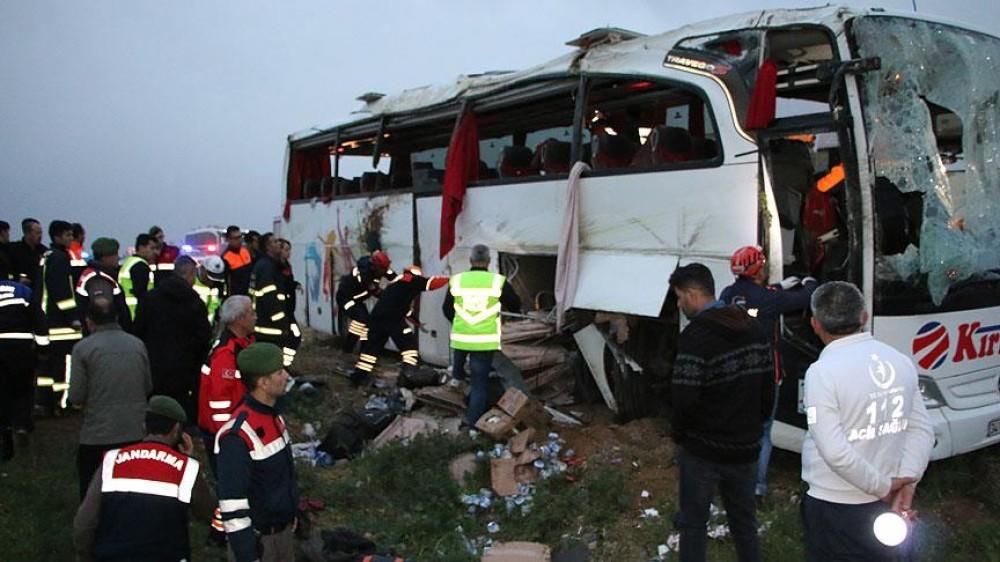 According to the report, the passenger bus collided with a minibus carrying students and overturned. The driver of the bus died on the spot. He reportedly had a heart attack.

49 people were injured in the accident. Of the injured, 41 are tourists, 7 are schoolchildren and 1 is a minibus driver.

The injured were hospitalized.