Putin, Erdogan to have meeting in near future 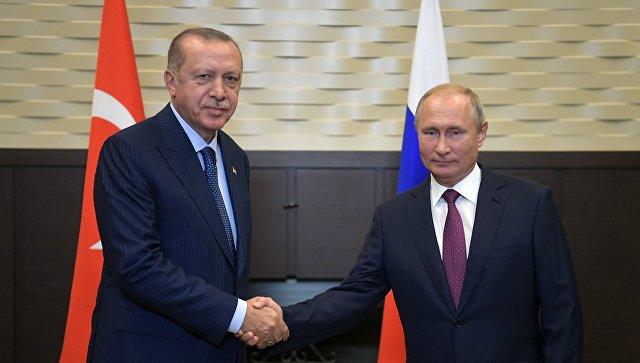 A meeting between Russian and Turkish Presidents, Vladimir Putin and Recep Tayyip Erdogan, is scheduled for the near future.

"Ahead of a Russian-Turkish top-level meeting planned to be held soon, the leaders discussed a range of issues of mutual interest," it said.

"Special attention was focused on further efforts to enliven economic cooperation, including measures to improve its legal framework, boost trade and use national currencies in mutual settlements, as well as on the continuation of unimpeded supplies of Russian energy sources," it added.

The leaders also agreed to maintain close contacts on these matters between the co-chairs of the intergovernmental commission and corresponding ministers.