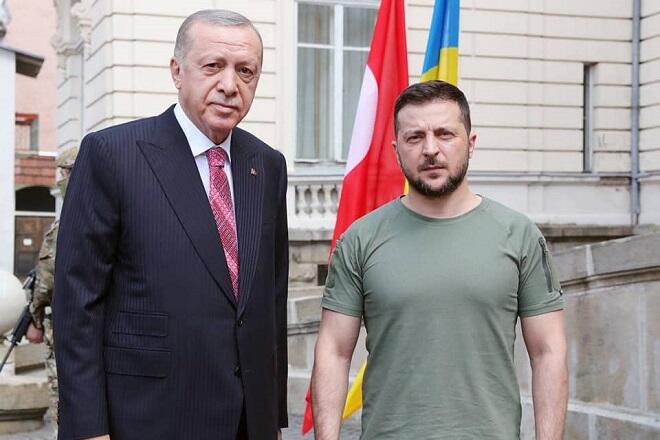 Turkish President Recep Tayyip Erdogan had a telephone conversation with his Ukrainian counterpart Vladimir Zelensky. He offered to mediate the creation of a weapon-free zone around the ZAEP.

Axar.az reports that the press service of the Turkish Presidential Administration released information about this.

President Erdoğan expressed his satisfaction with the successful completion of the prisoner exchange between Russia and Ukraine, which they have been working on for a long time.

"A similar approach can be demonstrated in the context of the Zaporizhzhia NPP, and the necessary mediation and assistance offer to establish a demilitarized zone around the plant is valid," Erdogan said.