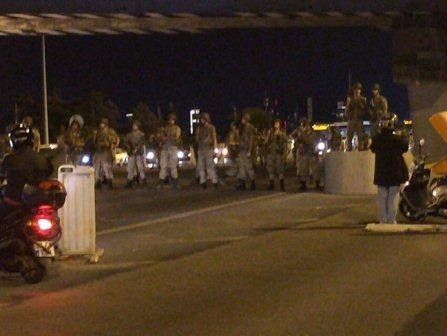 Nephew of the US-based dissident Muslim cleric Muhammed Fethullah Gulen, considered by Ankara to be allegedly behind the coup attempt in Turkey, was taken into custody as a part of the ongoing investigation on Saturday, Sputnik reported.

Muhammet Sait Gulen was detained in eastern Turkish city of Erzurum and expected to be transferred to Ankara for questioning, Anadolu news agency reported.

Earlier on Saturday, President Recep Tayyip Erdogan put the number of detainees at 11,160. He said the number of those who had been remanded reached 4,704.

At least 246 people, including members of the security forces and civilians, were martyred and more than 2,100 others were wounded as they protested the coup attempt.

Turkey's government has said the attempted coup was organized by followers of Fetullah Gulen, who is accused of a long-running campaign to overthrow the state through infiltrating Turkish institutions, particularly the military, police and judiciary, forming the so-called ‘parallel state’.