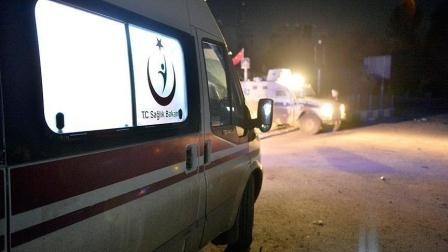 
A roadside bomb was detonated in the Uludere district of Sirnak province, as a vehicle drove past, according to a source who spoke to Andolu Agency on condition of anonymity due to restrictions on talking to the media.


Yahya Akan was wounded in the attack and rushed to Uludere State Hospital where he succumbed to his wounds, the source added.

And in the province of Adiyaman, guard Yusuf Sonmez was martyred when PKK terrorists attacked the Camlica village with long barreled weapons, according to Gov. Abdullah Erin.


Sonmez died of his injuries at the Adiyaman Hospital, Erin said.


The PKK -- listed as a terrorist organization by the U.S. and the EU -- resumed its 30-year armed campaign against the Turkish state in July 2015.

Nearly 600 security personnel, including troops, police officers and village guards have since been martyred and more than 5,000 PKK terrorists killed in operations across Turkey and northern Iraq.