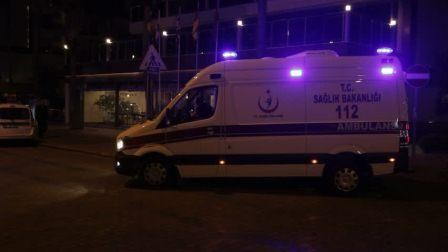 Eighth people, including police officers, were martyred and several others injured on Wednesday in two separate PKK bomb attacks in southeastern Turkey, according to the country's transport minister, Anadolu reported.

At least 4 people, including one police officer, were martyred and 30 others, including five police officers, were injured when a handmade roadside explosive was detonated by PKK as a police vehicle was passing by in the Kiziltepe district of the southeastern Mardin province, said Transport Minister Ahmet Arslan.

The terrorist organization PKK also carried out a separate attack in the Sur district of the southeastern Diyarbakir province on Wednesday, targeting another police vehicle.

In Diyarbakir, four civilians were martyred and five police officers were slightly injured during the bomb attack, Arslan said.

The PKK -- listed as a terrorist organization by Turkey, the U.S. and the EU -- resumed its 30-year armed campaign against the Turkish state in July 2015.

Since then, over 600 security personnel, including troops, police officers and village guards have been martyred and more than 7,000 PKK terrorists killed or neutralized in operations across Turkey and northern Iraq.