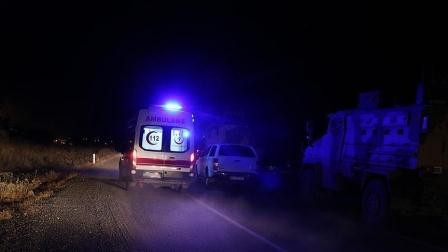 Seven village guards, one specialist sergeant and one soldier were martyred Thursday in a PKK attack in the eastern province of Agri.


Three soldiers and two civilians were also injured in the same attack by the terrorist group.


A clash broke out between security forces and PKK terrorists near Gokcebulak village in Tendurek Mountain after the attack, according to a statement by Agri’s governorship.


It added that the wounded were taken to Dogubeyazit State Hospital. A soldier who was in critical condition succumbed to his wounds at the hospital.


An air-supported operation was launched in the area.


The PKK is listed as a terrorist organization by the U.S. and EU and resumed its 30-year armed campaign against the Turkish state in July 2015. More than 600 security personnel have since been martyred and more than 7,000 PKK terrorists killed.