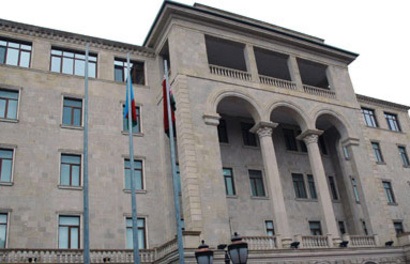 News posted on social networks and some local electronic information resources on January 29 allegedly death of a serviceman of the Armed Forces, soldier Fattayev Khanali as a result of gunfire of the enemy side doesn't correspond to reality.

Axar.az reports that information was shared by press service of Azerbaijani Ministry of Defense.

Statement says that, serviceman died in non-combat conditions, but as a result of suicide: "Initial investigations showed that the suicide was not related to the service activities.

Military Prosecutor's Office has launched criminal case on the fact, investigation is underway. Also, we once again warn social network users and electronic media not to spread unspecified, non-official information regarding with activities of the Armed Forces and especially about cases that took place on the front line".