Maduro warns of Colombia attack, orders to be alerted 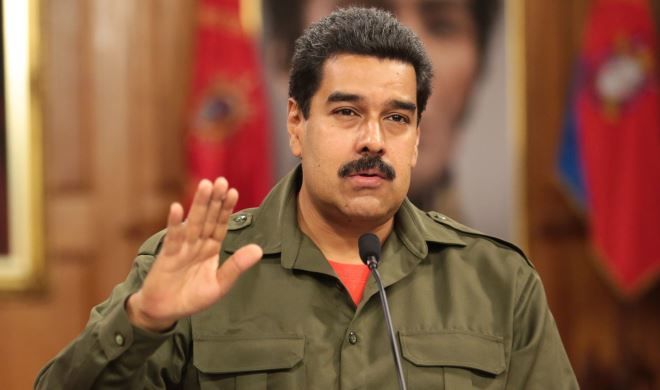 Venezuelan President Nicolas Maduro on Tuesday ordered the armed forces to be on alert for a potential attack by Colombia’s government and announced military exercises on the border amid the rearmament of a group of former guerrilla commanders.

Axar.az reports citing Reuters that former FARC guerillas on Thursday announced rearmament in a video that Colombian authorities believe was filmed in Venezuela, spurring concern of a worsening of the Colombian armed conflict and expansion of armed groups in Venezuela.

“I’ve ordered the strategic operations commander of the Bolivarian Armed Forces and all the military units on the border to declare an alert ... in the face of the threatened aggression by Colombia towards Venezuela,” Maduro said in a televised broadcast.

A set of military exercises that are carried out each year will be held between Sept. 10 and Sept. 29 in the states of Zulia, Tachira, Apure, and Amazonas, which border Colombia, Maduro said. They are the third such exercises this year.

Despite the dramatic rhetoric, the statements are consistent with frequent disputes between the two nations for over a decade that at times included troop movements for political effect. Previous spats have ended in grudging reconciliation.

Colombian President Ivan Duque has promised to persecute the rebel group, whose leaders said they were returning to armed struggle because Duque had betrayed the 2016 peace accord that leads to the FARC’s demobilization.