Our army planted our flag in Agdam - Video 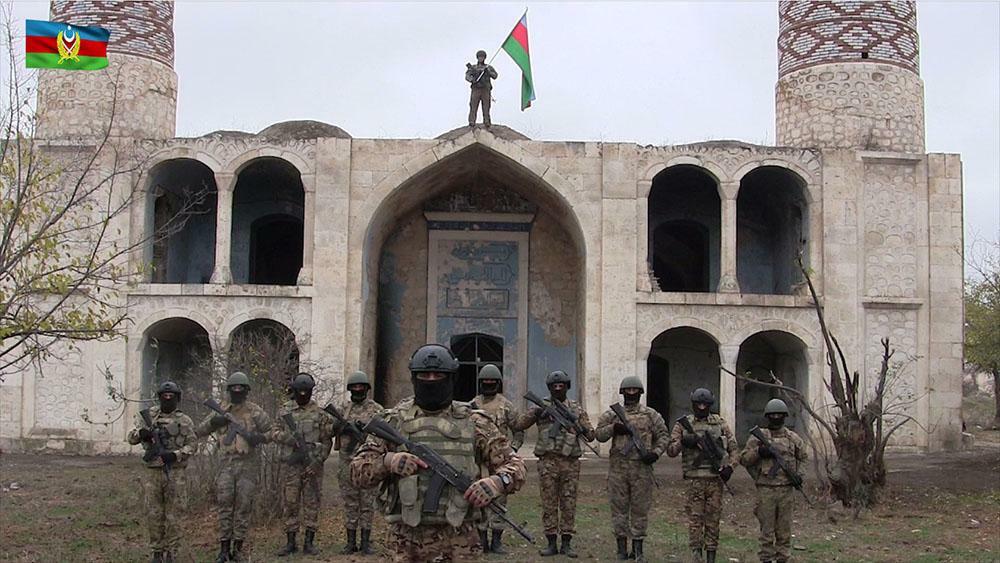 Axar.az informs that the Defense Ministry told that in order to ensure the safe movement of our troops in this direction, the areas were cleared of mines at night, engineering and fortification works were completed, and the roads along the route were ready for use.

At present, the necessary measures are being taken to deploy the personnel and armored vehicles of our units in the area. The liberated Aghdam region came under the full control of the Azerbaijani Army.

The State Flag of Azerbaijan was hoisted in the center of Aghdam, the National Anthem was played and a report was made to the President of the Republic of Azerbaijan, Supreme Commander-in-Chief of the Armed Forces Ilham Aliyev.

The Juma mosque and its territory in Aghdam were cleaned by our servicemen, the call to prayer was read in the mosque and Friday prayers were held.