A truck belonging to our army hit a mine - MoD 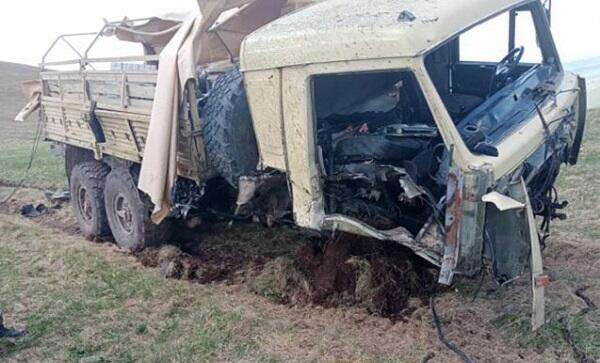 The Defense Ministry of Azerbaijan has confirmed that a military vehicle belonging to the Azerbaijani Armed Forces was hit a mine in the Kalbajar region on the border with Armenia, head of the ministry's press service, Lieutenant-Colonel Anar Eyvazov told.

Axar.az reports that he confirmed that a military vehicle hit a mine.

Note that information has been spread on mass media about that a military car belonging to the Armed Forces of Azerbaijan in the border territory of the Kalbajar region with Armenia has stepped on a mine. There is no accurate information about the dead and injured as a result of the incident.

Official bodies did not also announce any statements in this regard.