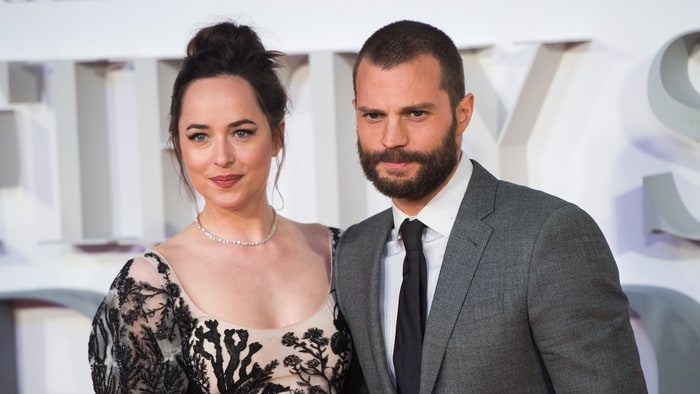 The Fifty Shades Darker soundtrack staved off artists' post-Grammy sales surges as the compilation tied up Number One on the Billboard 200.

Axar.az reports that, everyone's favorite S&M couple returns – and the result is more painful than you could possibly imagine

While the film itself failed to reach Number One at the box office – The Lego Batman Movie fended it off the past two weeks – the series' soundtracks have both landed atop the Billboard 200.

Whereas the Fifty Shades of Grey's soundtrack was buoyed by the Weeknd's "Earned It," the Taylor Swift and Zayn hit "I Don't Wanna Live Forever" helped propel the sequel's soundtrack to first week total sales of 123,000 copies, with 72,000 of the sum from traditional album sales, Billboard reports.

Sia, Nicki Minaj and Nick Jonas also feature on the Fifty Shades Darker soundtrack, which was the lone new release to make the Top 10 this week.

Of the artists who experienced a post-Grammy boost, Bruno Mars – thanks to a pair of performances on Music's Biggest Night – was the biggest benefactor as his 24K Magic jumped from Number Seven to Number Two on the strength of 66,000 total copies.

Big Sean's I Decided, last week's chart-topper, dropped to Number Three, where it was followed by Migos' Culture (Four) and the Weeknd's Starboy (Five).

A pair of soundtracks accompanied Fifty Shades Darker in the upper tier to complete the Top 10: Trolls at Number Seven and La La Land at Number 10.