Footages from film of “Ali and Nino” 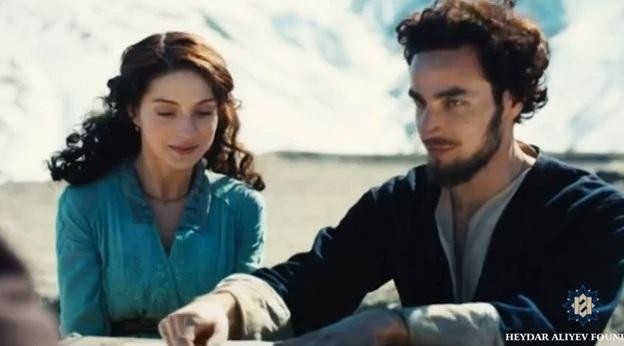 Ali and Nino film was screened at the Sundance International Film Festival, Utah, the US.

The film was screening in Premiere category.

The film is produced by vice president of the Heydar Aliyev Foundation Leyla Aliyeva and Chris Tike and directed by Asif Kapadia. The Academy Award winner Christopher Hampton wrote the script based on the novel by Kurban Said.

The premiere was attended by the film's director Asif Kapadia, producer Chris Tike and actor Adam Bakri, who played Ali.

Most of the film set in Turkey and Azerbaijan.The film's cast is international, with Maria Valverde and Adam Bakri in the main roles.

Ali and Nino are upper-class teenagers living in Azerbaijan just before the outbreak of World War I. He is Muslim, and she is Christian—but despite their cultural differences, they love each other and get married despite the disapproval of their parents. When Ali takes her to spend several months in Persia, she realizes how much her freedom is being constrained. The clash between East and West and between traditional Muslim life and the twentieth-century independence of her upbringing is very striking. Then the Great War breaks out, and things take a turn for the worse.

The film will be screened in Baku soon.