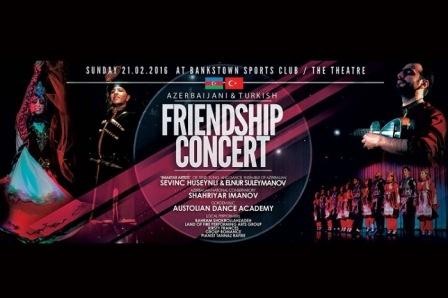 The Azerbaijani-Turkish Friendship Concert was held in Sydney on Feb. 21.