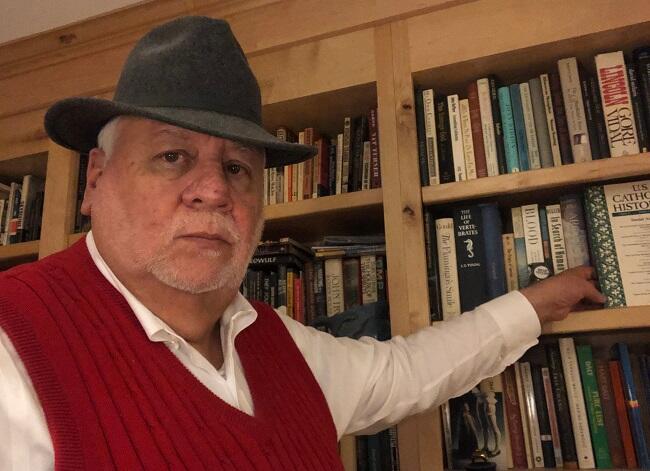 Axar.az presents the article "The Whirlwind" by John Samuel Tieman.

I like baseball. If you want to know what the major leagues will look like tomorrow, then look at the minor leagues today. The same is true of politics.

National politicians almost invariably follow a common route up from local politics. Donald Trump notwithstanding, most politicians still go from, for example, city council to state legislature to statewide office to, say, the United States Senate. Thus does it behoove us to pause, and see who is coming up that route. Why? National Public Radio found at least 20 Republican state candidates for secretary of state embrace Trump's denial of his 2020 defeat. In most locales, Secretaries Of State oversee elections. As of this writing, out of 340 Republican nominees for Senate, House, governor, attorney general and secretary of state, 120 – 35%! – are deniers of Biden's victory.

Let us, therefore, note one local race, the contest for St. Louis County Executive. With a population of not quite one million, St. Louis County, my home, is the most populated county in Missouri. In 2016, we voted for Hillary Clinton, although the state went for Donald Trump. In 2020, Joe Biden won 61% of the county vote to Donald Trump's 37%. That said, in its history, of the nine county executives since 1951, four have been Republican. The current County Executive, Sam Page, is a Democrat. He won nomination for re-election.

Katherine Pinner won the Republican nomination. She is almost unknown. She's never held office. She didn't campaign. Pinner won by a respectable 56%. She beat a seasoned politician, state Representative Shamed Dogan. Dogan is a graduate of Yale. He has worked numerous political jobs. He was an alderman before he ran for the state legislature. Following the January The 6th attempted coup, Dogan condemned Trump. "The Republican Party needs to get back to its roots and get away from being a cult around the personality of Donald J. Trump," he said.

I doubt that Dogan's opposition to Trump is not why he lost. My guess is that he lost because he's Black. I have no certain way of knowing this. But I know my people. White folks had to walk into a voting booth, and choose between Katherine Pinner and Shamed Dogan. They had to choose between a woman with a likely white name, or a guy with a seemingly ethnic name. But that's just my guess.

About Pinner. One campaign biography says she graduated from high school. This varies from her blog, which says she has a BA and an MA in English. No university is listed. She is the daughter of Croatians, and the widow of a navy man. She is an author. Pinner works in ”construction and tech services”. That's pretty much it for her bio.

Her blog does makes clear her beliefs. She quotes QAnon. She's written in support of Mark and Peggy McCloskey, who made national news when they waved guns at peaceful protesters walking by their home. Pinner believes that the president's Build Back Better plan is satanic. The 2020 election, she suggests, also was the work of Satan in the collusion with the United Nations. There are any number of other equally crazy iterations. My favorite is that the coronavirus vaccine is a plot to program people by injecting them with nanotechnology. (I think I saw that “Star Trek” episode.) “How do you bar code nine billion people? Well, it's quite simple,” she says. “You vaccinate them.” It's worth noting that her population count is off by a little over a billion. But let us not quibble.

Everything she expounds is consistent with Trump's most ardent, violent, and delusional followers. These are the voters Pinner courts. There have been County Council meetings in which citizens spouted bizarre ideas about the coronavirus and Critical Race Theory. Acting health director, Dr. Faisal Khan, said he was called racist slurs during a council meeting concerning a contentious mask mandate.

It is unlikely that Pinner will win in November. But she could. This would position her for a run at a statewide office. That would position her for national office. And it may be that she's a fast learner. Between the time I took notes for this essay, and the time I penned it, a matter of hours, Pinner's political blog disappeared. Her web page now seems, well, normal.

I write about Katherine Pinner for one reason. She's not unusual. I picked her simply because I know my home. I could have chosen a similar Republican candidate, for an important state or local office, from any state in the union.

Republicans are fond of quoting the Bible. Please indulge this old Catholic as I borrow a little Old Testament wrath as translated by English Protestants. In the “Book of Hosea”, God finds the Israelites worshiping an idol, a golden calf. The King James Version says, “They sow the wind, and reap the whirlwind.”