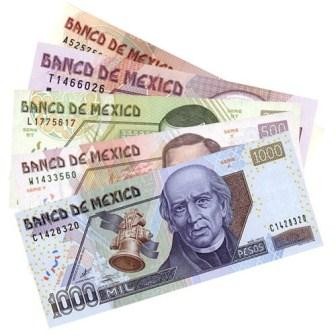 Axar.az reports referring to CNN and Reuters that the pound dropped half a percent against a dollar boosted by expectations the Federal Reserve will raise interest rates in December even after slightly weaker than expected jobs data on Friday.

"I guess that we have to prepare for further weakness," said Hans Redeker, head of G10 currency strategy at Morgan Stanley in London.

In early Asian trade on Friday, it fell 20 percent to a three-decade low of $1.1491 in minutes as a fall on investor concerns over Britain's impending exit from the European Union snowballed as automated computer trades were triggered.

Britain's FTSE 100 .FTSE fell 0.1 percent but outperformed other major European stocks as the internationally-focused companies on the index gain on overseas revenues and competitiveness when the pound fall.

The pan-European STOXX 600 index fell 0.4 percent. One of the leading fallers was Deutsche Bank (DBKGn.DE), down nearly 3 percent after Chief Executive John Cryan failed to secure a speedy deal with the U.S. Department of Justice at the weekend over the misselling of mortgage-backed securities.

Another notable mover on currency markets was the Mexican peso MXN=D2, which at one point was up 2 percent at 18.91 to the dollar as Trump's chances of winning the White House seemed diminished after the second pre-election debate with Democratic Party candidate Hillary Clinton.

Trump has vowed to build a wall on the border with Mexico and renegotiate or scrap the North American Free Trade Agreement (NAFTA) if he is elected, making the peso somewhat of a barometer of his chances. The Mexican currency was last up 1.9 percent at 18.96 per dollar.

A CNN/ORC snap poll of debate watchers found that 57 percent thought Clinton won the encounter, versus 34 percent for Trump.

U.S. stocks index futures ESc1 1YMc1 were up about 0.2 percent, suggesting Wall Street will open higher. U.S. stock markets are open on Monday, though the bond market is closed for the Columbus Day holiday.

Earlier, Asian shares eked out minor gains. MSCI's broadest index of Asia-Pacific shares outside Japan .MIAPJ0000PUS was up 0.1 percent. Japanese markets were closed for a holiday.

Chinese shares .CSI300.SSEC racked up their biggest gains in two months as investors returned from a week-long holiday and caught up with gains on global markets.

Oil prices fell, with investors sceptical an agreement among members of the Organization of the Petroleum Exporting Countries (OPEC) to cut output would have a major impact.

Brent crude, the international benchmark, was down 18 cents at $51.73 a barrel.

"A meeting between OPEC and non-OPEC producers (namely Russia) will add to oil headlines this week. Don't expect a firm agreement from Russia, but headlines about cooperation are likely," Morgan Stanley said.

Gold XAU= last traded at $1,263 an ounce, up 0.6 percent, lifted by demand from returning Chinese investors.