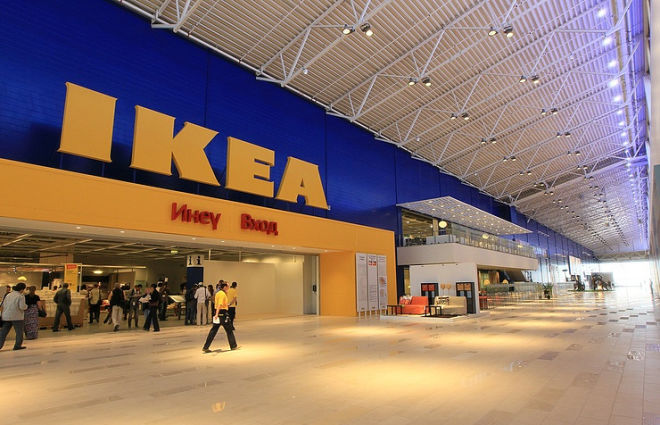 IKEA will dispute the decision made by Krasninsky Court of Smolensk Region to freeze 9.3 bln rubles ($145.4 mln) at accounts of Russian Representative Office of Ikea Mos, press service of the international furniture and home accessories company told TASS on Friday.

"IKEA Group disagrees with the ruling of Krasninsky Court, considers it unjustified and unlawful, and we are already disputing it. We regard actions of our opponents as use of illegal schemes to receive money from the company," the press service said.

Krasninsky Court of Smolensk Region made a decision today to freeze 9.3 bln rubles ($145.4 mln) at company’s accounts in a dispute on leasing of generators for IKEA’s hypermarkets in St. Petersburg

"The company will defend its rights by all lawful methods," IKEA said.