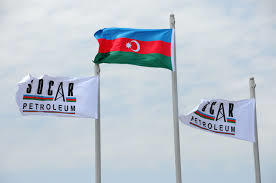 Methanol plant regained effective production process with its newly established structure and management principles after being handled over by “SOCAR Methanol” LLC, in November 2016.

Report was informed in the company, as a result of its development plan, “SOCAR Methanol” LLC has achieved the production of methanol in the amount of 56,610.13 mt between January 1 - May 15, which 99 percent of it was exported. Turkey, Western Europe and Mediterranean countries are among the top destinations which methanol is being exported.

Company carries out a research to explore local markets.