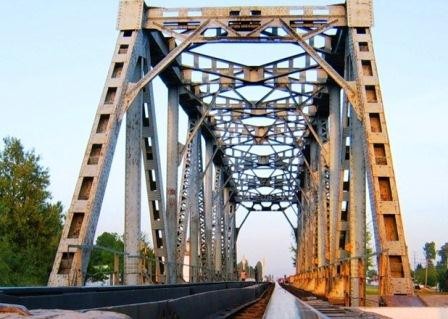 A groundbreaking ceremony was held for construction of a railroad bridge over the Astara River on the Azerbaijani-Iranian border.

The ceremony was attended by the co-chairs of the Azerbaijan-Iran Joint Intergovernmental Commission for Economic, Trade and Humanitarian Cooperation - Azerbaijan's Economy Minister Shahin Mustafayev and Iran's Minister of Communications and Information Technology Mahmoud Vaezi.

The railroad bridge over the Astara River is a strategically important facility that will connect the railways of Azerbaijan and Iran. The bridge's construction is planned to be completed by late 2016.

In accordance with an agreement signed by the Azerbaijani and Iranian sides, the border bridge will be built jointly.