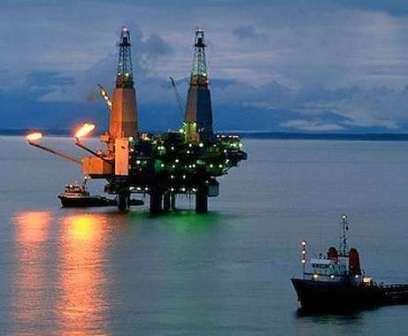 Azerbaijan’s state oil fund has issued $718.6 million to fund construction of a new generation floating drilling rig in Azerbaijan since the project launch.

The Fund told local media that $22.6 million was issued for the project in the first quarter of 2016.

The project cost hits $1,117 billion. The drilling operator is "Caspian Drilling Company" (CDC), in which SOCAR owns 92.44-percent share. The Singaporean Keppel FELS Limited was chosen as the contractor of the drilling rig's construction.

Azerbaijan needs to construct four new floating drilling rigs, taking into account the implementation of big projects in the Azerbaijani sector of the Caspian Sea.

Azerbaijan needs to construct four new floating drilling rigs, taking into the consideration the extensive projects in Azerbaijani sector of the Caspian Sea, in particular drilling at the perspective Babek structure, the development of Absheron gas and condensate field, implementation of the second phase of development of Shah Deniz gas and condensate field and implementation of other projects.

SOFAZ was established in 1999 with assets of $271 million. In accordance with SOFAZ's regulations, its funds may be used for the construction and reconstruction of strategically important infrastructure facilities, as well as, solving important national problems of Azerbaijan.