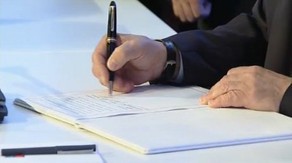 Azerbaijan is preparing to sign contracts by late 2016 with foreign companies for the development of the Umid and Babek gas fields.

He said that, for the first time, the contract on Umid field would not be on the basis of production sharing agreements (PSAs), but instead the contractor would be selected and investment could be made by SOCAR, the contractor or other companies on a similar basis to Iran's former 'payback' contractual model. He gave no further information about the expected value of the contracts.

SOCAR began deepwater exploratory drilling on the Umid Structure in Azerbaijan’s sector of the Caspian Sea in 2009, and in November 2010 the Umid gas-condensate field was discovered.

The results of drilling of the first exploration well showed that Umid's reserves were over 200bn m3of gas and 40 million metric tons of condensate.

SOCAR started gas production from Umid in September 2012, at 1.5mn m3/d (0.55bn m3/yr), but this volume decreased by more than 50% to about 625,000 m3/d in 2014 due to what has been called the “complicated geological structure of field”. Umid is continuing to produce at a low level whereas Babek has yet to enter production.

According to preliminary data, the reserves of Babek perspective structure may amount to 400bn m3of gas and 80 million metric tons of condensate.