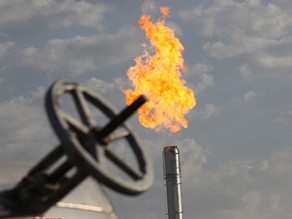 In January-May 2016, "Azneft" Production Unit of the State Oil Company of Azerbaijan Republic (SOCAR) has produced 2 619.2 thousand tons of oil.

In the same period this year, the actual production of gas amounted to 2 386.1 mln cubic meters against the planned 2 323.4 mln cubic meters, that is, plan was exceeded by 2.7%.

During the reporting period, by order of "Azneft" PU 20 new wells were drilled and put into operation, which produced 22,534 tons of oil.

279 geological events held since the beginning of this year and as a result 46,126 tons of oil produced, which shows an increase by 41 events and 3,456 tons against planned. As a result of technical and technological measures 22,005 tons of oil against the planned 16 839 tons were produced.

In the five months of this year 57 wells were put into operation against 32 planned.Of those actually produced 14,647 tons of oil, which is by 9914 tons higher than the planed amount of 4733 tons.