"SOCAR has a full confidence in Turkey" 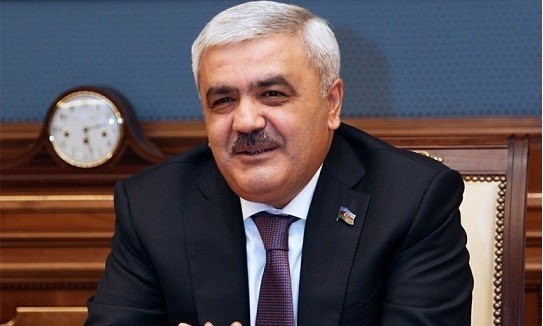 The State Oil Company of Azerbaijan Republic (SOCAR) has a full confidence in Turkey, the company will continue all investments and projects in this country at full speed.

'Last week's coup attempt in Turkey, which caused deaths of hundreds of people, deeply saddened us. Military coup attempts are regarded as a survival of times passed all over the world and are unacceptable in modern societies. This kind of anti-democratic attempts don't only weaken democratic environment and legal state, but also cause great harm to economic development. Our confidence in the government of the Republic of Turkey, will of the people, economy and stability is full as always. As Azerbaijani President Ilham Aliyev stated in his appeal to Turkish President Recep Tayyip Erdoğan, the people of Azerbaijan always support Turkish people. It has always been so and cannot be otherwise', R.Abdullayev said.

He mentioned that SOCAR will continue at full capacity and in full speed the projects including as well the investments with a total amount of over $18 billion that will meet demand of Europe in energy: "There is no doubt that STAR - the first oil refinery built by the private sector in Turkey will be completed in 2018 and start operating to play an important role in the reduction of deficit in balance of payments in Turkey. The largest container port in the Aegean Sea also will be launched by SOCAR in a very short time. At the same time, our activity in Petkim, Turkey's only petrochemicals producer, is a symbol of our confidence in Turkey’s economy.

SOCAR directly and indirectly represents a family of 40 thousand people in Turkey. Turkey is our homeland. I would like to emphasize, as so far, SOCAR’s investments in Turkey will also continue to increase in future."

He noted that a similar coup attempts have occurred also in Azerbaijan in the recent past, but have been unsuccessful due to the unity of a national leader Heydar Aliyev and our people: "Unity of state and the people, national unity, integrity and a spirit of solidarity stood on the basis of all achievements of Azerbaijan the next few years.

We sincerely believe that with a leadership of Turkish President Recep Tayyip Erdoğan, Republic of Turkey with the unity and solidarity of government and the people of Turkey, will achieve even greater success in future.”