Azerbaijan to start laying rail lines to border with Iran 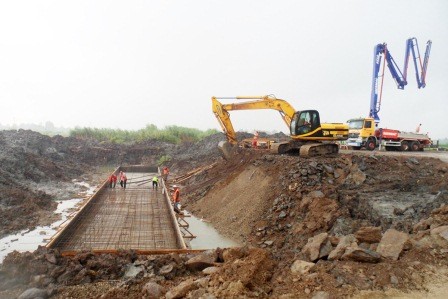 Azerbaijan Railways CJSC plans to start laying rail lines in mid-August of 2016 within construction of a railway section from Azerbaijan’s Astara station till the border with Iran as part of the North-South transportation corridor, Nadir Azmammadov, spokesperson for Azerbaijan Railways said, Trend reports.

The North-South transportation corridor is meant to connect northern Europe with south-eastern Asia. It will serve as a link for connecting the railways of Azerbaijan, Iran and Russia. At the initial stage, it is planned to transport 5 million tons of cargo via the North-South corridor per year and to increase this figure to over 10 million tons in the future.

Azmammadov said that excavation work on the 8.3-kilometer section of the railway is currently underway.

“Nearly 100 units of equipment have been attracted to the territory with the difficult terrain,” he said. “As many as 370 of 510,000 cubic meters of sand, gravel and crushed stone have been laid at the railway section so far.”

“Eleven of 14 culverts have been constructed for sewerage, the work on concrete laying, as well as the transfer of water, electricity and gas lines continues,” Azmammadov added. “As many as 315 different facilities, including 10 residential buildings, which are designed to be transferred, are located on the territory, and the transferring process of 104 facilities has been currently completed.”

At the same time, construction of the railway bridge on the border of Azerbaijan and Iran over the Astarachay river with a length of 82.5 meters continues, according to him.

“Thirty-two piles at a depth of 32 meters have been installed, piers for two spans of the bridge built here since the beginning of the construction, and two more piers are being constructed,” said Azmammadov.

It is planned to commission the railway section from Azerbaijan’s Astara station till the border with Iran and the railway bridge before end of 2016.