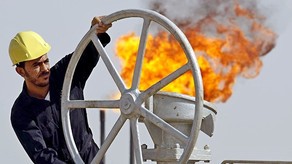 Iran cut gas exports to Armenia in September. According to the Armenian media, this was stated by Deputy Minister of Iran's oil industry, Hamid Reza Araki.

According to him, Armenia needed more gas in the month of July: "We accepted their offer and increased gas exports. But, we will decrease the supply of gas in September, as a certain amount stipulated in the contract. "

Araki also touched upon the sale of Turkmen gas to Azerbaijan via Iran: "It will be done by a private Iranian company. This company have no links with the Azerbaijani and Armenian governments. It will buy gas from Turkmenistan and deliver it to us. And we are planning to sell it in Azerbaijan. Now we will discuss this issue. "

The Deputy Minister also noted that Azerbaijan and Iran are exchanging gas. "We deliver Azerbaijani gas to Nakhichevan," - he said.