7 weird signs you have a serious health problem 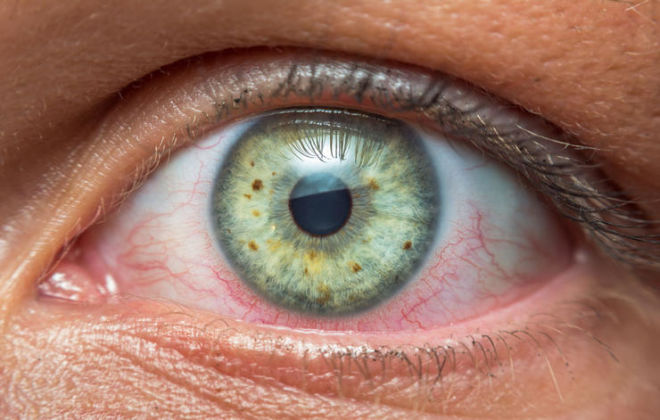 You don’t need a crystal ball to predict your future health—just your five senses. Whether you realize it or not, many conditions and diseases start with physical changes you may not pinpoint as problematic. The good news: If you know what to look for, you can spot many issues early—and treat them fast. Here are seven ways your body could be signaling a health hazard.

Healthy nails are typically smooth and spotless. If you notice redness under your fingernails it could be a sign of lupus, a disease in which your immune system attacks healthy tissues. Lupus can also cause a rash on the backs of your hands and fingers as well as swelling and puffiness at the base of your nails.

Check: Your Sense Of Smell

A decline in sniff-ability could be one of the earliest signs of Alzheimer’s disease, according to a study by the U.S. National Institute of Neurological Disorders and Stroke. Mice bred to produce high levels of a protein called amyloid precursor protein—involved in the development of Alzheimer’s disease—had higher rates of nerve cell death in their noses compared to normal mice. Changes that occur in your olfactory system due to Alzheimer’s may be similar to those that happen in other regions of the brain, but appear much sooner. Gradually losing your sense of smell can be normal after age 70, but if you notice a decline much younger—or more suddenly—discuss it with your doctor.

People who look old for their age have a higher risk of ticker trouble down the road, suggest researchers at Copenhagen University Hospital. Compared to people without visible signs of aging—gray hair, baldness, wrinkles, and cholesterol deposits on the eyelids—those with three or four signs had a 40 percent higher risk of heart disease and a 57 percent higher risk of a heart attack over 35 years. If you notice any of these signs, ask your doctor to check for any other heart disease risk factors that may be lurking beneath the surface.

When your thyroid—a butterfly-shaped endocrine gland in your neck—isn’t working properly, it affects hormones throughout your body, including those linked with hair growth. What’s normal and what’s not? With thyroid-related hair loss, you may experience other mane changes, such as your hair becoming dry or coarse before it started falling out. An underactive thyroid can also cause thinning of the eyebrows, and even fatigue.

In a study, people as young as 38 who had wider blood vessels in their eyes scored worse on IQ tests than those with smaller veins, according to Duke researchers. The veins in your eyes are similar in size, structure, and function to your brain’s vessels, so your peepers could indicate a decline in brain health years before the onset of dementia. It’s not so easy to spot the change yourself, so make a yearly appointment with your eye doc.

Dragon breath is a telltale sign of gum disease, which may be linked with erectile dysfunction. Turkish researchers found that among men between 30 and 40, those with severe gum disease were more than three times more likely to suffer from erection problems than guys with healthy gums. Your move: Brush twice a day, floss daily, and open wide for your dentist two times a year.

Testing, testing 1-2-3. People with diabetes were more than twice as likely as those without the disease to have hearing loss, report researchers at Niigata University in Japan. Surprisingly, younger diabetics—under age 60—were even more at risk for developing hearing impairment than their older counterparts. High blood sugar levels associated with diabetes may damage blood vessels in your ears.