Parasites could be lurking in your sushi 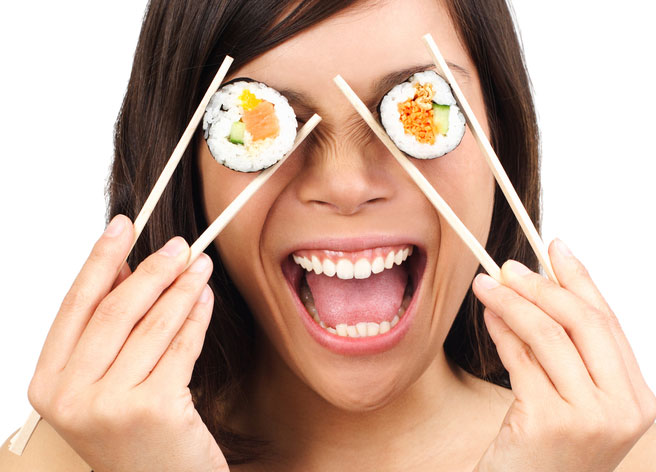 Anisakiasis, an illness caused by eating parasite-contaminated fish or seafood, is on the rise in Western countries where eating sushi and other raw or undercooked fish and seafood dishes has gained popularity, according to a report published Thursday in BMJ Case Reports.

Axar.az citing CNN, the authors draw a portrait of the illness from the experience of a previously healthy 32-year-old man who developed severe upper gut pain, vomiting and fever that lasted a week before he entered the hospital.

Dr. Joana Carmo, lead author and a physician in the gastroenterology department of the Hospital of Egas Moniz in Lisbon, Portugal, and her co-authors say a physical examination indicated tenderness in the abdomen, while the lab results showed an increase in white blood cells, which is a typical sign of infection.

During an interview, the man said he had recently eaten sushi. Fishing out a parasite

Based on this dietary information, his doctors performed an upper gastrointestinal endoscopy: a non-surgical examination of the digestive tract, using a flexible tube with a light and camera on the end. This inner vision revealed a swollen intestinal membrane with a firmly attached parasite, its end penetrating the stomach.

The doctors removed the larval worm with a special net.

The Roth net is a small plastic net that is usually used to remove polyps from the colon as well as any other foreign body found in the digestive tract -- namely parasites, Carmo said.

Analysis revealed the worm to be of the genus anisakis.

"Anisakis can infect salmon, herring, cod, mackerel, squids, halibut and red snapper," Carmo said. After the parasite was removed from his gut, the patient's symptoms immediately began to clear. "A few decades ago, doctors did not know this infection," Carmo wrote in an email.

The first case of human infection with anisakiasis was described by scientists in the Netherlands during the 1960s. Because this first record occurred after the patient had consumed some lightly salted herring, the infection was originally referred to as "herring worm disease."

Since then, cases have appeared in many other countries, though "mainly in Japan because of the frequent ingestion of raw fish," Carmo said.