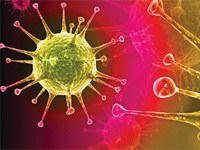 More young people under 50 are being diagnosed with bowel cancer, two studies of the disease in European and high-income countries have found.

Although total numbers of cases in young people remain low, the studies highlighted a sharp rise in rates in 20 to 29-year-olds.

Researchers are not clear why this is happening, but say obesity and poor diet could be factors.

Experts urged doctors not to ignore symptoms in young people.

In most of Europe, bowel cancer screening programmes start at the age of 50 because cases of the disease are much higher among this older age group.

As a result, countries with established programmes, like the UK, have seen bowel cancer rates in the over-50s fall.

But recent research suggests rates are now rising more steeply among under-50s - and there have been calls for screening to start at 45 instead, in the US particularly.