"Zombie Angelina Jolie" has been arrested 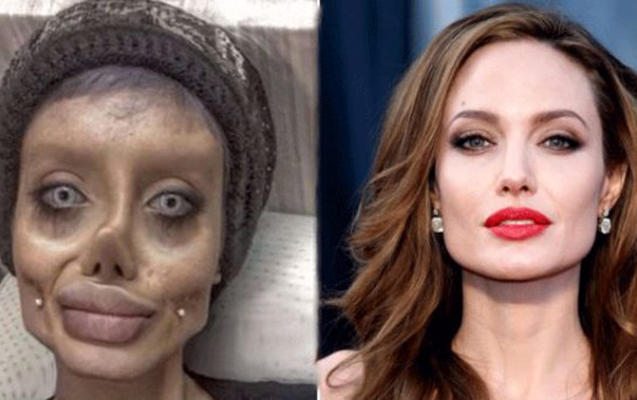 You might not know her by name, but Sahar Zatar’s face is instantly recognizable. Often referred to as ‘zombie’ Angelina Jolie, Zatar first captured the attention of the internet claiming to have extreme surgery to look like Jolie.

Axar.az reports citing foreign media that Zatar later revealed that, in fact, she was using Photoshop and make-up to enhance her looks – rather than undergoing surgery.

The next wild part of this story came this morning with the announcement that Zatar has been arrested for blasphemy. Yes, that’s right. According to the Iranian government, she is guilty of “cultural crimes and social and moral corruption.” Unsurprisingly, Zatar’s extreme aesthetic – that often sees her with haunting white eyes, hollow cheeks, turned-up nose, and blown-up lips – had a number of complaints.