The rollout of Ebola vaccine begins in Congo 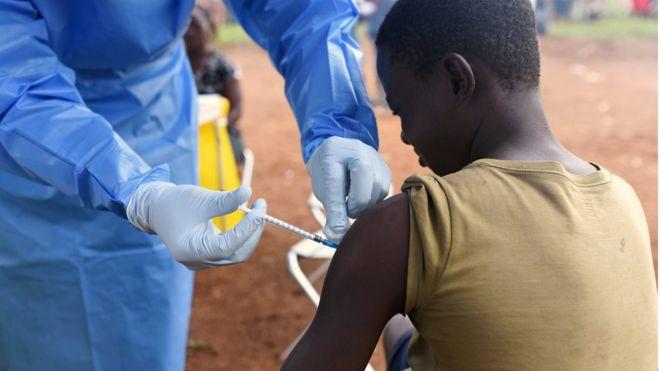 Health authorities in eastern Congo have introduced a new Ebola vaccine produced by Johnson & Johnson, aid group MSF said on Thursday, to help combat the world’s second-worst outbreak of the virus on record.

Axar.az reports citing Reuters that new tools including vaccines have helped contain the outbreak, second only to the 2013-16 West African outbreak that killed more than 11,300, despite public mistrust and conflict affecting the response in parts of the region.

The new vaccine, which has passed clinical trials but has never been tested in a real-world setting, will be administered to 50,000 people in Goma, a city of two million on the Rwandan border, Médecins Sans Frontières (MSF) said in a statement.

The vaccine, which requires two injections eight weeks apart, will be rolled out alongside another manufactured by Merck, which only requires a single shot. The Merck vaccine has been administered to over 250,000 people since the start of the outbreak in August 2018.

“The introduction of a second vaccine is not meant to replace [Merck’s] vaccine, but to complement it and hopefully provide us with an additional tool in the fight against future Ebola outbreaks,” said John Johnson, who is leading the project for MSF.

Congo’s epidemic has infected over 3,000 people and killed nearly 2,200 people, however, the number of reported new infections has fallen steeply since June.

The Merck shot is being deployed in a strategy known as “ring vaccination”, which aims to control Ebola by identifying and offering the vaccine to contacts of those likely to be infected.

The plan with the addition of the J&J vaccine is to extend protection by providing it to “targeted at-risk populations” in areas where the disease is not yet being actively transmitted, according to the World Health Organization (WHO).