Illegal drug use and possession to be decriminalised 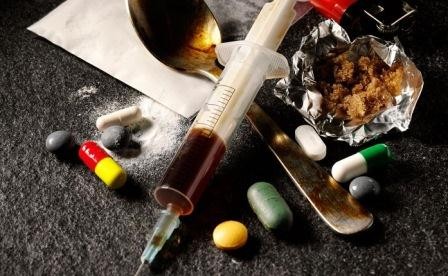 The “war on drugs” has failed in terms of public health and drug use should be decriminalised, two leading organisations have said.

The Royal Society for Public Health (RSPH) and the Faculty of Public Health (FPH) said the personal possession and use of all illegal drugs should no longer be considered a criminal offence.

While the bodies still support criminal charges for people who deal drugs, they said users should instead be referred for treatment and help.

The recommendation is made in a new UK-wide report, Taking a New Line on Drugs, which has the backing of several charities and law enforcement officials.

It is accompanied by a poll of more than 2,000 adults which found 56 per cent agreed drug users should be referred for treatment instead of facing charges.

The report calls for evidence-based drugs education for young people in schools as part of personal, social, health and economic (PSHE) education.

It also said the responsibility for a drugs strategy should be moved from the Home Office to the Department of Health.

Criminalising users leads to long-term harm such as greater exposure to drugs in prison, it argued. Furthermore, family relationships are severely harmed and people face exclusion from education and employment.

Shirley Cramer, chief executive of the RSPH, said: “For too long, UK and global drugs strategies have pursued reductions in drug use as an end in itself, failing to recognise that harsh criminal sanctions have pushed vulnerable people in need of treatment to the margins of society, driving up harm to health and wellbeing even as overall use falls.

“On many levels, in terms of the public`s health, the `war on drugs` has failed. The time has come for a new approach, where we recognise that drug use is a health issue, not a criminal justice issue, and that those who misuse drugs are in need of treatment and support - not criminals in need of punishment.”

Professor John Middleton, president of the FPH, said: “Criminalisation and incarceration for minor, non-violent offences worsen problems linked to illicit drug use, such as social inequality, violence and infection. Possession and use should be decriminalised and health approaches prioritised.”

Baroness Molly Meacher, speaking on behalf of the All-Party Parliamentary Group for Drug Policy Reform, welcomed the report, adding that the current system “criminalises some users of psychoactive drugs whilst very harmful psychoactive drugs including alcohol and tobacco remain legal”.

Ron Hogg, police and crime commissioner for Durham Constabulary, who recently wrote to his counterparts across the country to encourage them to follow his force`s approach of not prosecuting cannabis users, said: “I believe that vulnerable people should be supported to change their lifestyles and break their habits rather than face criminal prosecution, at great expense to themselves and to society.

“The scant resources of the police and the courts are better used tackling the causes of the greatest harm - like the organised crime gangs that keep drugs on our streets and cause misery to thousands of people - rather than giving priority to arresting low-level users.”