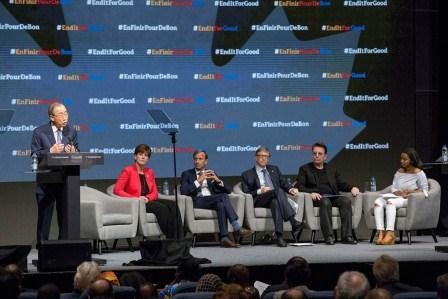 Mankind has the "knowledge and tools" to end AIDS, Tuberculosis and Malaria by 2030, the target date for the Sustainable Development Goals (SDGs).

That's according to UN chief Ban Ki-moon, addressing the Fifth Replenishment Conference of the Global Fund, which is a financing institution dedicated to fighting three of the biggest threats to world health, according to UN News Centre.

The conference in Montreal, Canada, has been meeting over two days, marking the 15th anniversary of the fund, and the Secretary-General noted that during that time, it has saved an estimated 20 million lives.

The Global Fund raises and invests money to fight AIDS, TB and Malaria and it's calling for US$13 billion over three years, beginning in 2017.

Mr Ban said he was proud of the role that UN organizations had played working with the fund to achieve common goals, a key example, he added, of how everyone must come together to achieve the 17 SDGs.

The UN chief said the fund's work was "intrinsic" to all of the SDGs, especially goal 3, which calls for universal health coverage.

He singled out the "emerging challenge" posed by antimicrobial resistance, or medicine-resistant "superbugs" which has become a priority for high-level discussion at the UN General Assembly next week.

"I urge the Global Fund to joint this fight" said Mr Ban, and he called on all partners to keep giving generously.