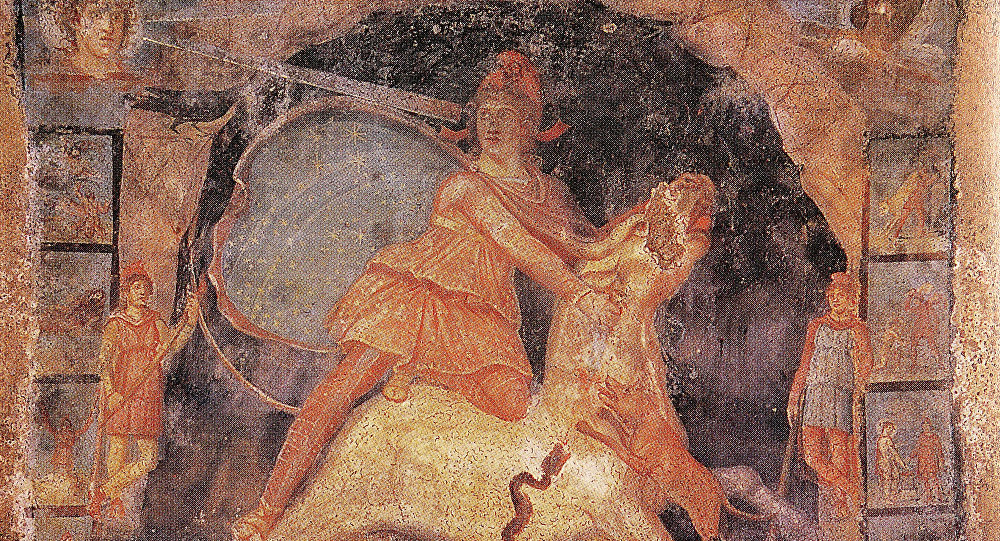 An ancient temple dedicated to god Mithras was unearthed by archaeologists in the vicinity of the Turkish city of Diyarbakir.

Axar.az reports citing Sputnik news the underground 4th century temple was discovered by archaeologists working at Zerzevan Castle located in Diyarbakir province, and apparently served as a gathering place for Roman nobles who participated in the cult of Mithras.

"The followers of this religion are from a closed community because their religious ceremonies are completely secret and no information was leaked to outsiders. Mithras represents both the sun god and also 'consensus.' Their temples are usually built underground. There are three niches on the eastern part of the temple. A very thoroughly constructed one is in the water basin. There is also a pool. We believe water was very widely used in Mithras ceremonies and about 40 people attended ceremonies held here," Aytac Coskun, assistant professor at the Department of Archaeology at Dicle University and head of the excavation, told the Turkish newspaper Daily Sabah.

According to Coskun, the temple measures 35 square meters; its ceiling is about 2.5 meters high.
It should be noted that archaeologists working at the site had earlier unearthed an underground church and an underground shelter capable of housing up to 400 people, along with a series of subterranean passages.

Mythraism was a "mystery religion" inspired by Persian worship of the god Mithra, and was practiced in the Roman Empire during the 1-4th centuries A.D. Centered around the god Mithras, it is sometimes regarded as a rival of early Christianity.