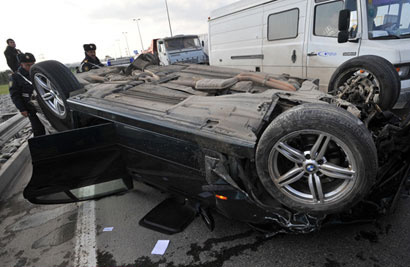 Eight people died and 28 were injured in a bus crash in Tehran, Iran.

Axar.az reports citing Iraninan media that, according to chief of the scientific research department at Iran's Free Scientific Research University Reza Mesudi, the bus was carrying the students of the university.

Mesudi said those injured were rushed to a hospital.

Investigation into the fact is currently underway.