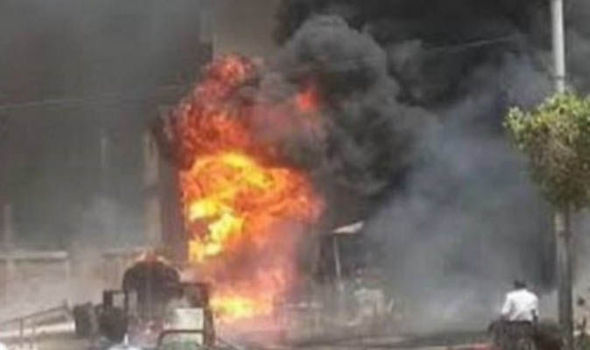 Nineteen people have been killed and 30 others injured in an explosion near a medical center in the Egyptian capital Cairo, the Health Ministry said early Monday.

Axar.az reports citing AniNews that the explosion outside the National Cancer Institute took place late Sunday after a collision involving multiple cars in the southern district of al-Manyal, the ministry said in a statement.

Initially, the ministry said 16 people had been killed and 21 others injured in the incident.

The blast also caused a major blaze that was extinguished, state media reported.

The Health Ministry said it had evacuated patients from the oncology center to other hospitals in Cairo.

The explosion had rocked the area near the Nile River and shattered glass windows at the medical center, which is frequented by people seeking treatment from around Egypt, witnesses said.

Online footage showed several cars engulfed in flames as a result of the blast.

Cairo University, with which the center is affiliated, denied claims that the explosion had taken place inside the site or that the blaze had spread to the center.

"All the patients and workers at the center are well," the state-run university said.

The country's top prosecutor ordered an investigation into the incident