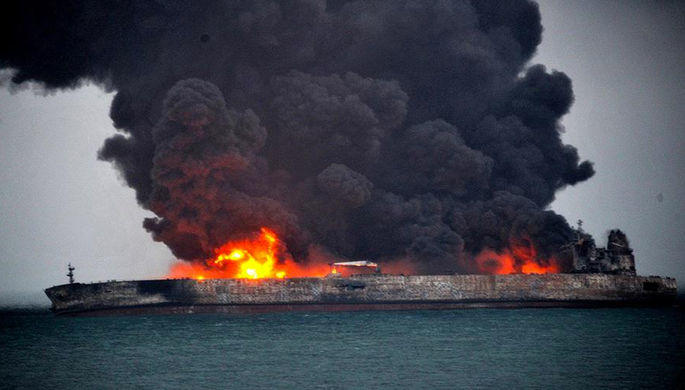 Axar.az reports citing Aljazeera that an Iranian state oil company tanker caught fire after an explosion near the Saudi port city of Jeddah, according to reports by Iranian state media.

This follows Saudi Arabia accusing Iran of carrying out the attacks in September on its Aramco oil facilities.

Oil facilities and tankers have become a flashpoint in the ongoing tensions in the Middle East.