Students clash with police in Greece 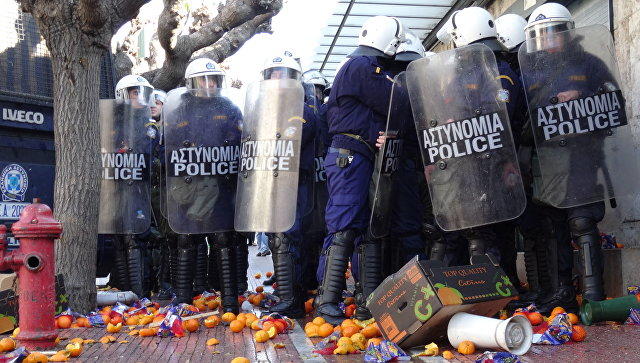 After March against educational reform in Athens students clash with police.

Several hundred demonstrators attempted to overturn MAT police trucks which had been parked vertically along Vasilissis Olgas Avenue in order to stop the demonstrators from reaching the Greek Parliament.

When students began striking the trucks in order to bypass them, police responded with tear gas and stun grenades in an attempt to force them to stop and push the marchers back.

The clashes didn’t take on a larger dimension, as the situation began to defuse just a few minutes later.

The leftist students were marching against the declared intention of the new leadership of the Ministry of Education to intensify studies in Greek universities by introducing a series of measures that will allow for the dismissal of students if they have not obtained their degrees within a specific period of time.