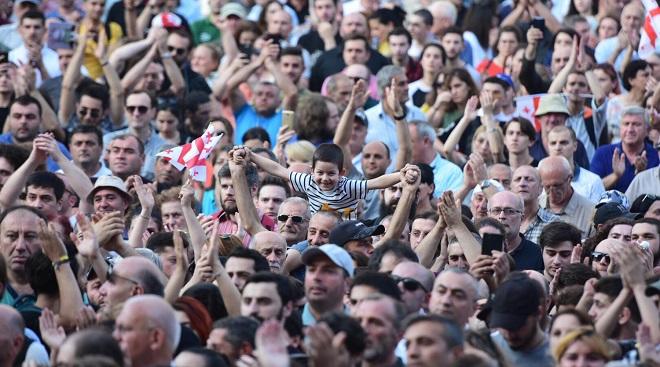 Nationwide demonstrations continued for the fourth day in Lebanon amid demands by protesters to change the government.

Protesters blocked roads and burned tires while various official departments and public institutions in addition to the Association of Lebanese banks declared Monday as a strike day as they expect protests to continue until a clear solution is provided by the government.

Nationwide protests started on Thursday in Lebanon fueled by the government's announcements of its plans to impose new taxes on citizens.

The government is trying to pass the 2020 state budget by adopting austerity measures in a bid to reduce the budget deficit which has reached 11.4 percent of GDP.

Endorsing the 2020 state budget is one of the conditions imposed by CEDRE conference to unlock the 11 billion U.S. dollars for Lebanon.

However, Lebanese authorities have shown great incapacity to adopt serious measures while resorting instead to imposing taxes on citizens.

Meanwhile, Prime Minister Saad Hariri has addressed people on Friday to announce that he gives a 72-hour deadline for political parties in his government to agree to his terms of an economic plan for the forthcoming period.