Light aircraft with 23 people on board crashes in Russia 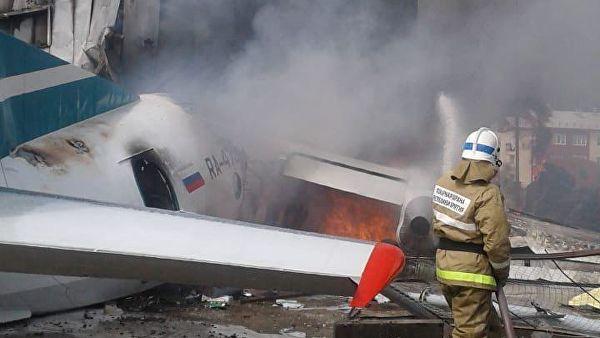 A Let L-410 Turbolet aircraft, owned by an aero club, has crashed in the city of Menzelinsk, Tatarstan.

Axar.az reports that according to the source, the plane crashed at about 09:11 (GMT+3). "There were 20 people on board," the source said.

Seven people have been rescued, the press service of the Russian Ministry for Emergency Situations told TASS.

According to the ministry, the fate of 16 people is still unclear. There were 23 people on board, 21 of them were parachute divers. Earlier, emergencies services said that 19 people had been killed in the crash. "This information has not been confirmed, access to the plane’s half-ruined fuselage is impeded," the source said.