5 kisses that made history - Video 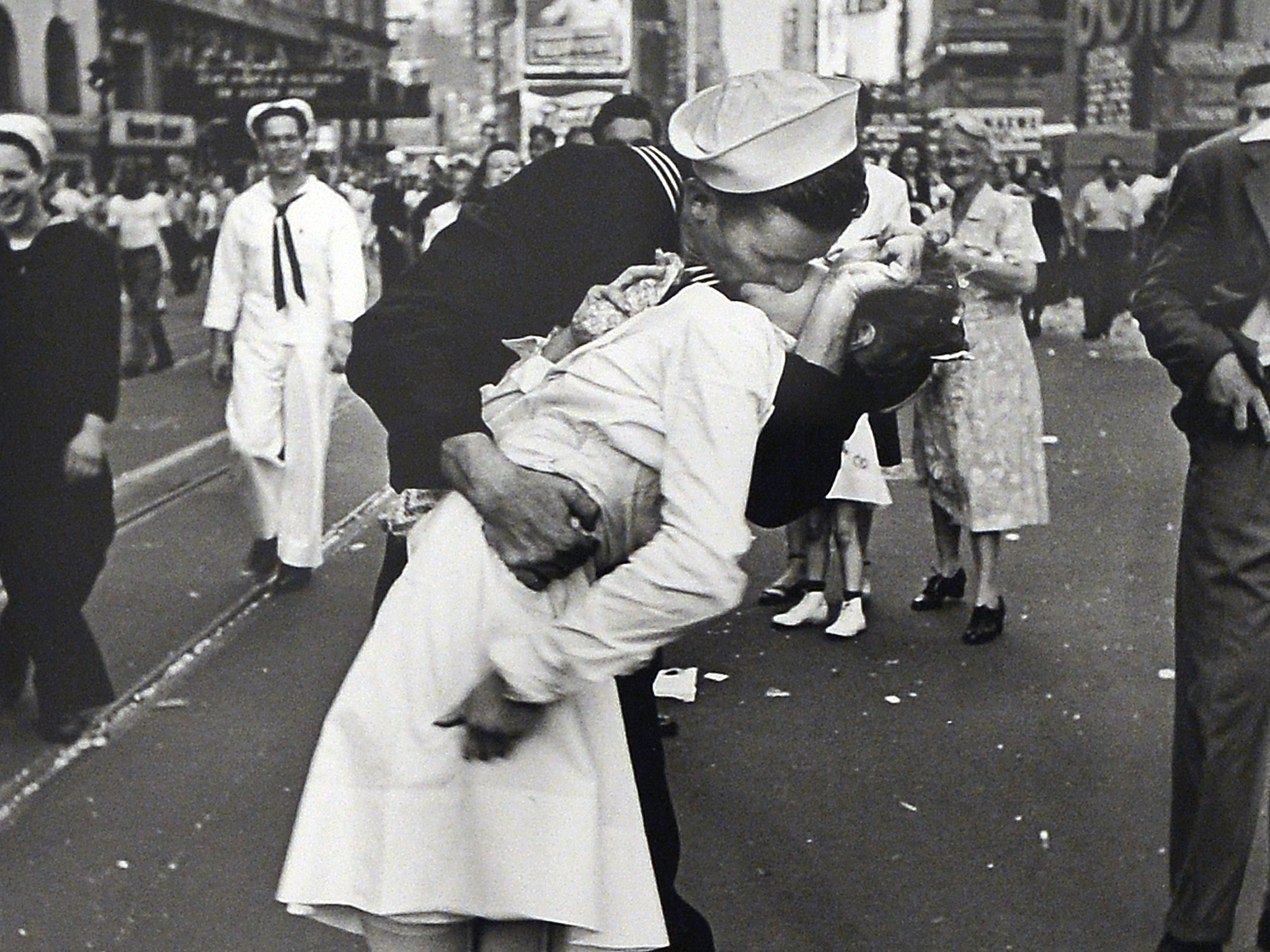 On Valentine's Day, people may think back on the kisses from their own lives in which sparks flew — or share some new ones. But when it comes to kisses that have made headlines, the sparks flying haven't necessarily been a matter of love at first sight. In fact, it was often the opposite.

Exhibit A: Auguste Rodin's sculpture The Kiss, which was first displayed in 1887. "It was startling in its day: completely naked figures in contexts that weren’t mythological stories, just showing man and woman kissing for sake of it," says Jennifer Thompson, curator at the Rodin Museum in Philadelphia. When the statue was exhibited at the 1893 Chicago World's Fair, it had to be kept in a private room, and men discouraged women from going inside.

Then there's The Kiss, the 1896 film shot by Thomas Edison's Vitascope cinema projector, which is considered the first movie kiss. Actors May Irwin and John Rice reprised the smooch from their Broadway comedy The Widow Jones. Even though most of the 19-second clip just shows the two of them talking and nuzzling, many theaters refused to show it, and the film got negative reviews from viewers like the one who declared that "the spectacle of their prolonged pasturing on each other's lips was hard to bear."

"We really didn’t know how to react to what movies were, and now you’re in this room with a bunch of other people—that was awkward to watch," says Timothy B. Jay, editor of the recently released reference text We Did What?! Offensive and Inappropriate Behavior in American History.

"V-J Day in Times Square" is the most recognizable photograph of a kiss, shot by LIFE Magazine photographer Alfred Eisenstaedt in 1945. The most frequently reproduced image of the 20th century, "it forms the basis of our collective memory of that transformative moment in world history," as TIME noted in explaining why the image was one of those selected for a list of the 100 Most Influential Images of All Time.

Another news-making kiss, from 1968, was Rocco Morabito’s “Kiss of Life,” showing an electrical worker trying to resuscitate a fellow lineman who got electrocuted. It became the first spot news photo ever to win a Pulitzer Prize. And a decade later, in 1979, Soviet leader Leonid Brezhnev and East German President Erich Honecker shared a fraternal "Kremlin kiss" in honor of the 30th anniversary of the German Democratic Republic. Eastern Bloc pols would exchange this expression of solidarity when the Soviet Union existed, and Russian painter Dmitri Vrubel even memorialized it in a mural on the Berlin Wall captioned "God help me to survive this deadly love affair."

But, while some kisses may have sparked controversy, public displays of affection have gotten more and more common over the years since Rodin's sculpture first made waves — and in fact, one of the reasons Rodin's The Kiss is so recognizable more than a century later may be because of what made it so scandalous at the time. As Thompson points out, the figures' nudity means there's no reason to think they belong to one era or another. " There's a timelessness quality to it," she says.Indeed, as time goes by, the more people realize a kiss is just a kiss.