The world's oldest mummies are not in Egypt 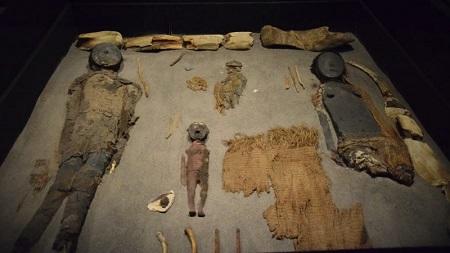 The first humans known to have mummified their dead did so in a rather improbable spot: the driest place on Earth.

The Chinchorro people settled in coastal bays of the Atacama Desert, in what is present-day Chile, around 7,000 BC and developed a technique for mummification around 5,000 BC.

That's roughly 2,000 years before the ancient Egyptians. Yet, while the Egyptians were a complex civilization mummifying elite pharaohs, the Chinchorro were pre-ceramic hunter-gatherers with a more egalitarian approach to honoring the dead.

Although little-known even inside Chile, the country hopes a UNESCO application for World Heritage Site status (the archeological sites are already on UNESCO's Tentative List) may finally get these mummies the attention they deserve.