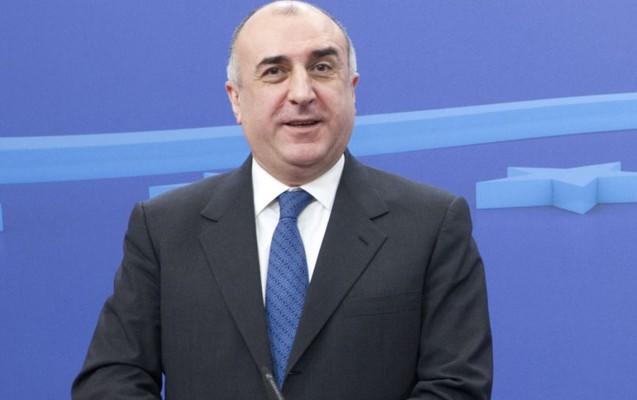 Moscow has hosted a bilateral meeting of the Foreign Ministers of Azerbaijan and Russia, Elmar Mammadyarov and Sergey Lavrov.

Azerbaijani Foreign Minister Elmar Mammadyarov spoke about the settlement of the Karabakh problem, the role of Moscow and getting populations ready for peace.

- At what stage is the settlement of the Karabakh conflict today?

- The Vienna meeting as a whole showed that, although difficult, the settlement of the problem is possible. Naturally, no one expected it to be fast. Three hours after the meeting of the President of Azerbaijan and the Prime Minister of Armenia took place, the Armenian Minister of Defense suddenly made a belligerent statement about the new war, new territories. I understand that this is intended for an internal audience, because in fact, even I, as a non-military person, know that, first of all, offensive and defensive weapons are completely different. Secondly, it is necessary to proceed from the essence of what we say on negotiations. I always ask a question to our Armenian friends: "The conflict has continued for already 30 years now. Tell me, please, what did the citizens of Armenia get from this conflict, except for poverty, lack of prospects, and disastrous demographic situation?" All this pushes for the need to somehow get out of this situation. The philosophy here is quite simple and Azerbaijan has repeatedly voiced it: you cannot leave your territory and run away to the Moon, you should, in any case, seek good neighborliness with the countries bordering you. Armenians believe that the diaspora will help them. Guys, and who from the diaspora has moved to Armenia with the exception of Vardan Askanyan, who gave up his American citizenship together with his wife and two sons. No one else moved to Armenia. So there is no trust. I think that this understanding must necessarily be taken into account in analyzing the situation.

In diplomacy, you must first put yourself in the place of your interlocutor in order to find points of contact. We understand that this is a complex process, that people should be prepared for peace. The Armenian side argues that peace in return for the territory is unacceptable. Although I am not sure that this is the right approach, let's put it differently. Peace in exchange for prosperity. What did Armenia get from this conflict? They periodically ask what we got. The economy has risen in Azerbaijan, railways have been built, roads have been built, oil pipelines have been built, the Southern Gas Corridor and so on, I can give you more examples. Azerbaijan has become a leading economic state in the region. Armenia has no future without building up relations with Azerbaijan. I mean independence.

- Is Azerbaijan preparing its population for peace now?

- Of course, we are discussing this issue. If necessary, we can exchange journalists for them to visit each other’s countries. We have discussed this issue with Sergey Lavrov, too. Azerbaijan believes that it is necessary to make another statement, to reinforce the idea that we need to move on.

- Today you've had a meeting with Foreign Minister Sergey Lavrov. What topics were on the agenda?

- We today discussed in detail the settlement of the Karabakh conflict. Sergey Viktorovich is a very experienced diplomat and it is clear that he is interested in the soonest resolution of the problem. So far, he has discussed this issue only with me. Of course, for Azerbaijan, the earlier the occupied territories are liberated, the better. However, it must be understood that he must hold talks with the Armenian Foreign Minister as well.