House of Cards: 'Trump has stolen all of our ideas...' 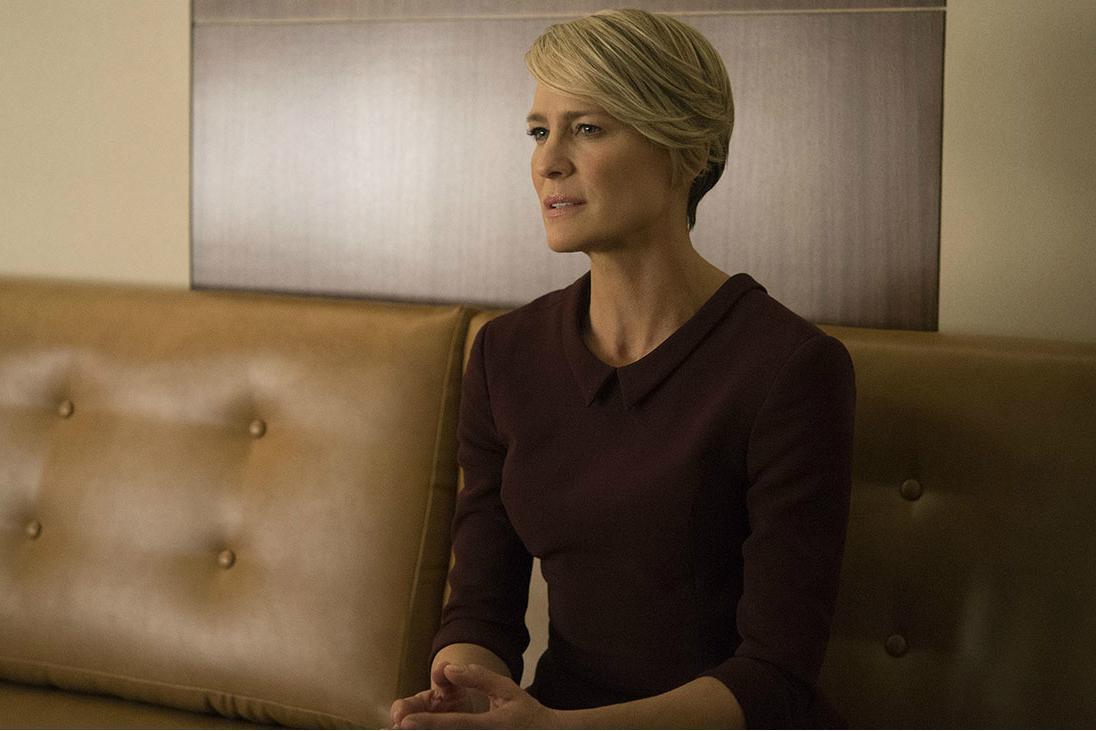 It's a strange atmosphere in which season 5 of House of Cards is about to premiere.

Since any political machinations on TV seem to utterly pale in comparison to the real-life drama of the White House, it's put many writers in an unprecedented and unusual situation.

House of Cards, certainly, is about to face somewhat of a challenge when it comes to season 6; that's especially if star Robin Wright is correct about the show's future.

"Trump has stolen all of our ideas for season 6," Wright commented during a Variety panel at the Cannes Film Festival. "I don't know what we're going to do, seriously."

In her own world, Wright is certainly disheartened by the current political climate. "I've got to see the hope somewhere," she started, before adding: "Oh my god, we have four years of this."

If it were up to her? "I want Michelle Obama up there," Wright stated. "She would be a great female president."

House of Cards season 5 arrives on Netflix 30 May.