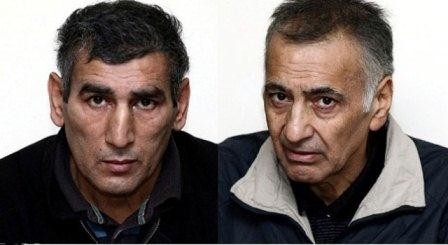 Representatives of the International Committee of the Red Cross (ICRC) visited Dilgam Asgarov and Shahbaz Guliyev, who were taken hostage by Armenians in the occupied Kalbajar district of Azerbaijan.

The visit was made on April 14, Ilaha Huseynova, head of Communication Department of the ICRC Baku Office told local media.

Huseynova also mentioned that according its mandate, the ICRC visits detainees to monitor their treatment and conditions of detention and to help to ensure that the detainees are able to maintain contact with their families.

Notably, in July of 2014, Russian citizen Dilgam Asgarov and Azerbaijani citizen Shahbaz Guliyev were taken hostage and another Azerbaijani citizen Hasan Hasanov was shot to death by the Armenian servicemen while trying to visit their homeland in Kalbajar. Hasan Hasanov’s body was taken from the enemy and buried in Baku. On December 19, 2014, the “court” of the separatist regime in occupied Nagorno-Karabakh sentenced Dilgam Asgarov to life in prison, Shahbaz Guliyev to 22 years in prison.