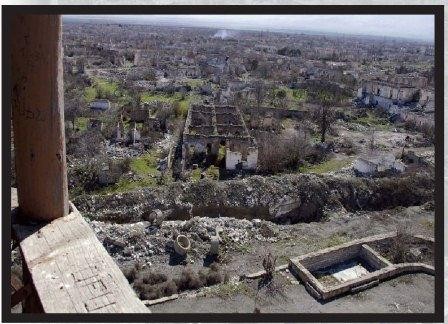 "Azerbaijan is the side that lost its territory and it wants to win it back," said Amberin Zaman, a Turkish-born US public policy scholar at the Woodrow Wilson International Center for Scholars.

Azerbaijani Ambassador to the US Elin Suleymanov said Azerbaijan is looking for international support towards attaining a peaceful settlement of the Nagorno-Karabakh conflict considering the four UN Security Council Resolutions.

"Armenia has continued to ignore the resolutions...and the world has been comfortable with the status quo," Suleymanov said.

"As long as our conflict did not move to active warfare, it was easier just to ignore it or to refrain from putting pressure on Armenia to move toward demobilization," he said.

In fact, the first large-scale Armenian attack took place while Azerbaijani President Ilham Aliyev was in the US to attend the fourth Nuclear Security Summit in Washington, DC, according to Suleymanov.

Russia has a proactive diplomatic power in the settlement of the Nagorno-Karabakh conflict, Suleymanov said.

The ambassador noted that while US-Russia relations remain strained, he believes that regional powers could see the benefit of Azerbaijan's strategic ties with the US and Israel.