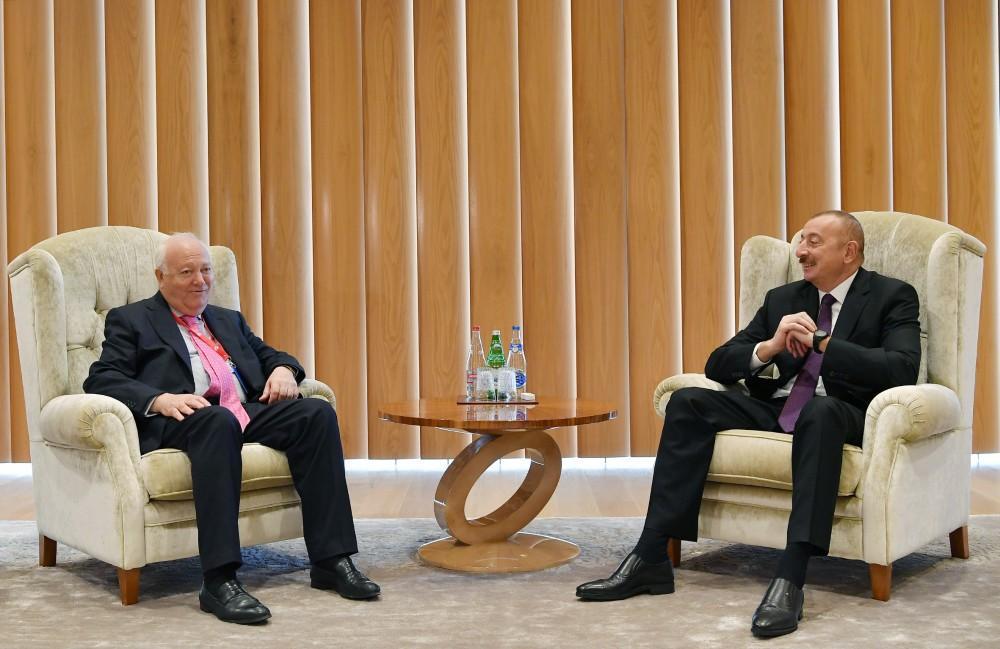 President of the Republic of Azerbaijan Ilham Aliyev has received High Representative of the United Nations Alliance of Civilizations Miguel Ángel Moratinos.

Miguel Ángel Moratinos highlighted his first meeting - in his capacity as the OSCE Chairman-in-Office - with Azerbaijani President Ilham Aliyev back in 2007, adding that he still remembers the words the head of state said during the conversation. Expressing gratitude for the organization of the Forum, Miguel Ángel Moratinos pointed out that Baku is known as the world`s center of the dialogue. He underlined that the Baku Process has become an important platform, describing it as a timely initiative. He emphasized the importance of the expansion of geography of this process and the promotion of Azerbaijan`s multicultural traditions.

Azerbaijan`s support for the United Nations Alliance of Civilizations was hailed at the meeting.